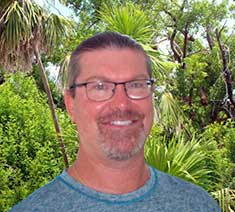 Brad Peterson has loved boats of all kinds for as long as he can remember. Brad’s life in boating began at a very young age riding around on a pontoon boat on a small lake in Southeastern Wisconsin. The winter after he was born Brad and his family started spending the winters on Key Colony Beach, Florida in the heart of the Florida Keys. By 3 years old Brad was spending most winter days fishing with his father on a boat called the Salty Dog. In the summertime on the lake he had boats he paddled, boats he sailed, and power boats.

Brad raced sailboats on the weekends and fished and skied during the week. Brad was lucky enough to learn how to sail from Buddy Melges and some of his students. Starting around age ten he made the local show water ski team where he skied for a couple years and then took over driving one of the boats.

Fifteen years later Brad decided to make the Keys his home as he started his charter fishing business. In between fishing trips Brad worked at The Boat House and started selling both new and used vessels… his true calling was found. Brad loves helping people find the perfect yacht or boat for their needs and hearing the stories of their boating adventures. From canoes to sportfishers and motor yachts to ice boats, he loves them all.

Brad is based in the Florida Keys where he and his family enjoy everything the Keys and the ocean have to offer including brokering boats up and down the islands for Curtis Stokes & Associates. He has a great amount of local knowledge and a successful working relationship with several of the marinas in the Keys.

Curtis Stokes and Associates is a professional, successful, licensed & bonded yacht brokerage firm based in Ft. Lauderdale, Florida, Annapolis, Maryland, St. Michaels, Maryland, Rock Hall, Maryland, Delaware City, Delaware, Chattanooga, Tennessee, Deltaville, Virginia, Woodbridge, Virginia, Seattle, Washington and San Francisco, California. From these ten offices, and with brokers based throughout the United States and Europe, Curtis Stokes & Associates specializes and excels in worldwide yacht sales, yacht charters, and new yacht construction. The firm was launched in September 2009 by Curtis Stokes after he spent many years as a megayacht captain, sales manager at Hatteras Yachts and as a successful broker with the Sacks Group Yachting Professionals. Now, Curtis Stokes and his team of associate brokers travel extensively representing a select group of buyers and sellers worldwide.