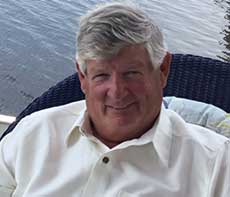 Brent grew up in the “Land of 10,000 Lakes” specifically the St. Croix National Scenic Riverway. His youth was all about water activities and baseball but career paths didn’t lend themselves to boating until 2010.

Spending much of his working life in construction and construction related fields gave Brent a wide and varied customer service background. From running lumberyards to high end residential remodeling, keeping customers satisfied has been job one.

The Great Loop became an obsession and finally competed in 2014. Since then Brent and his wife Susan have been extended cruisers living aboard their 42’ Jefferson and cruising the east coast. This past year he has decided to travel on the water less and look for a place to call home settling in Brunswick, GA. After completing studies at the Yacht Brokers Institute Brent joined Curtis Stokes and Associates to allow him to spend his time talking about and being on boats.

“Boating became my way of life. My adventures have opened a new world. Come and talk to me about boats.”