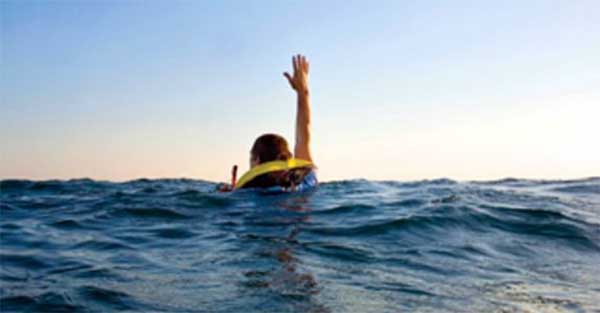 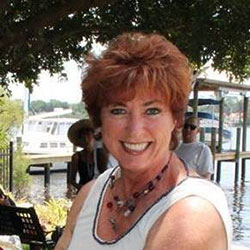 A few weeks ago I was sailing with a friend on the St. John’s on a beautiful, brisk day of small craft warnings. It’s the kind of wind we love to sail in and what his boat was made for. But that day we had three land-lubbers on board, that weren’t into the adrenaline rush! As I took the helm, I told one of the passengers that in the unlikely event the captain went overboard from his task on deck, his job was to point to him and not take his eyes off of him, no matter what. When I saw the color drain out of his face, it got me thinking – of all the years I’ve been sailing, I’ve never had to rescue an MOB. But it’s something we all need to be prepared for.

After reading numerous articles and watching a mind numbing volume of YouTube videos, I came to the conclusion that the basic components of the rescue are all important and time is definitely of the essence, but the sequence varies slightly based on the specific situation. The following is a sailing vessel scenario with additional crew on board, and would be simplified a bit if under power.

1-Whomever spots the crew go over, loudly yell “man overboard” and indicate whether port or starboard. If there are no additional passengers, this vocalization would most likely be replaced with unintelligible cursing.

2- If there are passengers, put someone in charge of spotting the MOB and pointing to him, not taking eyes off.

3- Throw a flotation device, and if you have an MOB marker, deploy it. In fact, most sources suggest throwing pretty much everything you have that floats: cushions, hats, PFD’s. The debris field will mark the spot and give the MOB more stuff to hang onto.

4-Turn the boat into the wind to slow down, and hit the MOB button on your GPS if you have it on.

5-Take down the jib, check to make sure there aren’t any stray lines in the water, and start the engine.

6- Circle around the MOB, winding up downwind from your target.

7- Approach the MOB slowly, going upwind, and putting the engine in neutral as you get close. This not only helps slow the boat, but keeps the propeller from being a danger to the MOB or getting fouled by any of the debris previously thrown in the area.

If you have a Lifesling, at some point while circling, they say to deploy it and bring it around like you would bring a tow rope around to a water skier. If you’re just throwing a line, wait until your engine is in neutral, and throw it to the far side of the MOB, if possible. He can always grab it in the middle if it goes over his head. If on a sailboat, a halyard can be used to winch the MOB back on board.

In the event you’re not able to find or recover your MOB, use channel 16 on your VHF to call PAN PAN. Do not use the Mayday call, as that’s reserved for vessels in imminent danger of going under.