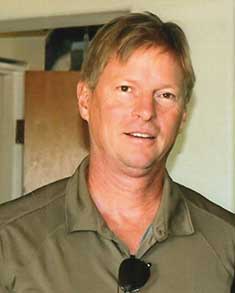 Dan grew up boating in the Pacific Northwest both recreationally and sometimes as crew for commercial salmon fishing—most recently in Bristol Bay, Alaska. While he pursued law and banking for over 20 years, he never lost sight of the ocean. He spent time yachting in the San Juan Islands, Washington near his hometown. He also spent time boating in Mexico, captained a charter in the Whitsunday Islands of Queensland, Australia, enjoyed sailing and fishing while living in California and Hawaii, and later enjoyed boating and yachting off the islands of Bali in Indonesia where he lived for many years. Dan says that he saw the ugliest water ever off of Cape Horn in the course of circumnavigating South America while underway to the Falkland Islands. He was glad that was a large ship and he was not the Captain! He always enjoys hearing his clients’ stories of the sea.

Recently, Dan returned to the Northwest to be near family and joined Curtis Stokes & Associates, Inc., last year after successfully passing the well regarded Yacht Broker Institute training courses. From his banking in law and finance, he is versed in closing deals both for buyers and sellers and keen on protecting his client’s best interests. He always enjoys interacting with people who also enjoy the sea! He is a member of the MTOA Motor Trawler Owners Association and holds his Washington Safe Boaters Safety Certification.

Dan can be reached at 360-929-0845 and Dan@CurtisStokes.net in Anacortes, Washington where he has resided for most of his life.