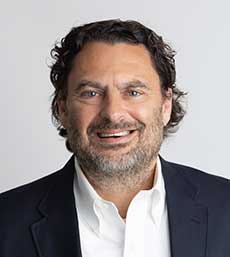 Daniel Tisoskey is a yacht enthusiast and the proud owner of a thirty-two foot sailing vessel. Dan currently enjoys sailing with his wife and two sons just outside of Keyport, New Jersey in the Raritan Bay. While Dan grew up in the largely landlocked region of the Northwest Philadelphia suburbs, his frequent trips to the Delaware River, Jersey Shore, and Delaware Bay with his father were key to unlocking his passion for boating.

Starting with a twelve foot row boat and ending with a twin engine sportfisher, Dan came to garner substantial experience with a variety of vessels ranging from sailboats to motorboats. Dan would eventually go on to receive his Captain’s License in 2002, serving as the culmination for nearly twenty years of seamanship. In addition, Dan is a member of the MTOA (Marine Trawler Owner Association), AGLCA (America’s Great Loop Cruisers Association) and acts as the Harbor Host for the Raritan Bay region.

To complement his education on the water, Dan holds a Bachelors of Arts in Business Administration from The Florida Institute of Technology and has an impressive background in business management and sales. Throughout much of the early 2000’s, Dan was the owner of two successful construction companies in which he oversaw the completion of a variety of construction projects. While Dan has primarily focused much of his career on home improvement, he has a multitude of interests including sport fishing and yacht restoration.

Dan is particularly inspired by long distance sailing and aims to aid individuals in navigating the nation’s many inland waterways including the Great Loop.